My week at the 2016 Mobile World Congress (#MWC16) in Barcelona is wrapping up… so much to talk about! I attended the conference as one of a handful of people selected as a Lenovo INsider, a group of Lenovo superfans with a diverse background ranging from technology to social media.

Lenovo treated us like royalty the entire week with a swanky hotel, tours of the city and absolutely amazing Spanish cuisine. Even better was the treatment we received at the actual conference, with the opportunity to learn about the latest products and apps directly from Lenovo’s top brass. I’m still traveling but upon my return home will do some in-depth pieces and videos on some of the products, they blew my mind! For now, here are some highlights of what I saw and learned while meeting and interviewing Lenovo’s leadership team:

· A major highlight for me was the opportunity to interview Lenovo’s CEO, Yang Yuanqing (YY)! He was very kind sharing of big visions for the future of Lenovo. YY is leading the company that is redefining how we use our devices and interact with technology at work, at home and everywhere in-between. He is the well-deserved winner of the Edison Award for the innovative products at Lenovo, which just keep getting better.

· Our INsider team had a wonderful time dining with Rick Osterloh, President and COO of Motorola. He was beaming when speaking about the future of Motorola, which is now part of Lenovo. Check out the Moto 360 Sport, the Moto X Force or Moto X Style, just a few of the new line of Moto phones with some serious fun and big technology behind them!

· I also learned about Lenovo’s strategy and products during my interview with SVP Xudong Chen. He was so full of life, I can’t believe how cool all of the Lenovo employees are! With executives like this I can see why they attract great talent.

· The Lenovo executive that may have the most fun job was David Roman, Chief Marketing Officer. He’s the brains behind launching and marketing all of Lenovo’s products. It was great to interview him and to see how in-touch with social media he and the rest of the team are at Lenovo. 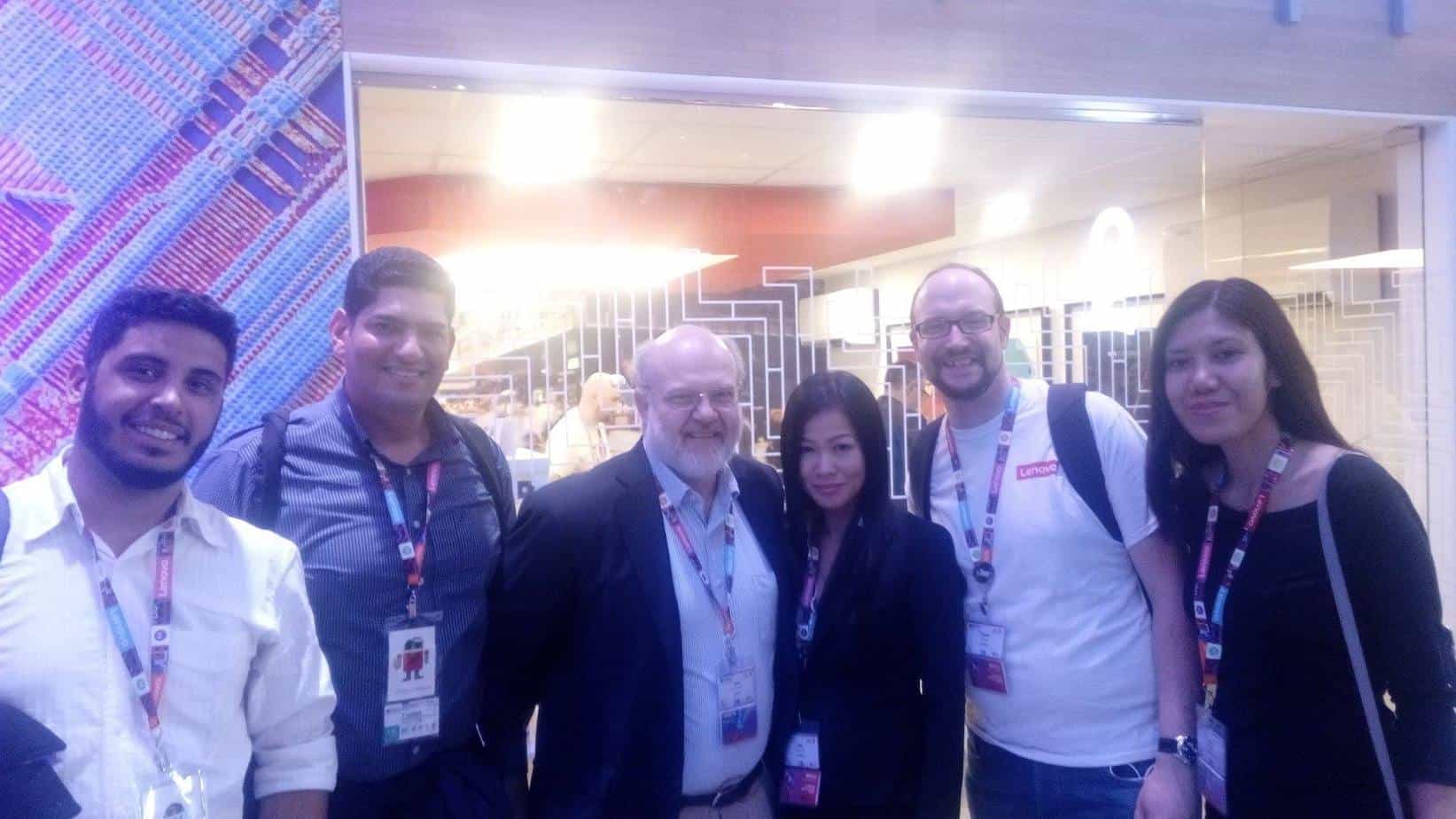 · George He and Peter Hortensius are two Lenovo executives and geniuses behind their technology, cloud and ecosystem. Our INsiders group had a great time sponging as much knowledge as we could from our hour-long session on the future of innovation and technology, right from two leaders behind it. What an honor!

· Connie Bryant was another dynamic person to interview and learn from, as she heads up Lenovo’s Apps. Apps were everywhere at this conference, and the REACHit, WRITEit, SHAREit apps that Lenovo launched simplify and elevate experiences in all areas of life. This is really exciting stuff, from being able to remote access to your PC from anywhere, to a real-time handwriting-to-text converter.

The Lenovo booth was booming the entire conference, definitely a highlight for so many conference-goers. The setup matched the products and was, in a word, vibrant! I especially loved the projection room for the Yoga tablets, and the water tank showing Lenovo’s durable products (I even saw some underwater selfies going on!). The conference as a whole was an absolute blast.

Stay tuned, once I get back from this gorgeous city of Barcelona I will share more from my first look at the best in everything mobile!