If you can't find fresh turmeric, feel free to use cooking grade dried turmeric that is available at any grocery market.

This recipe has been made many times and you just can't beat the texture of fresh tumeric.  I have tried a varitety of tumeric powders and the final result can sometimes be bitter or have a chalky consistency.  After finishing my cooking when using the powder I have sometimes used a filter to remove the residue. 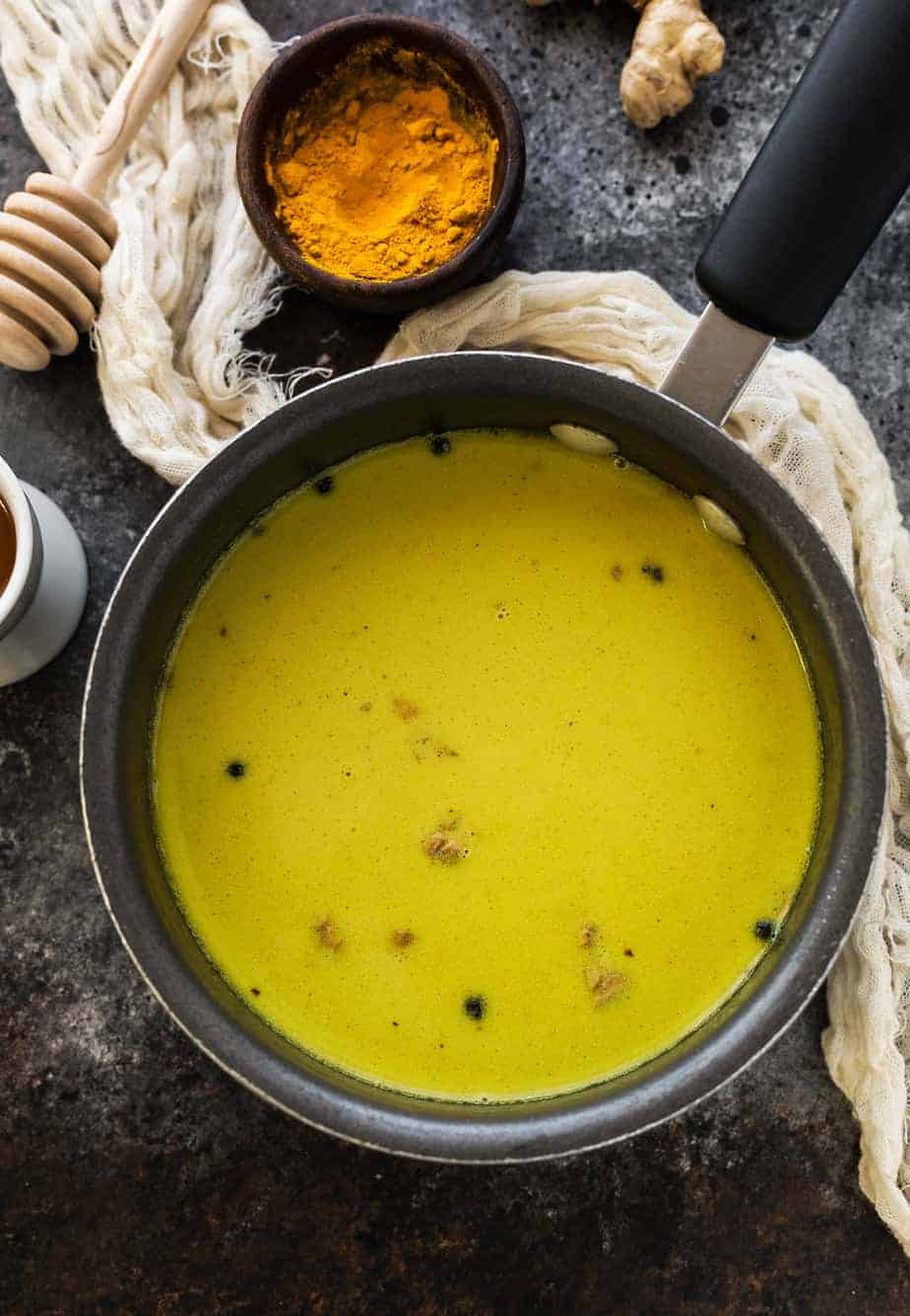 To boost turmeric blood levels in our body (and hence increase our cumin's bioavailability by 2000%), I added some peppercorn.  This helps to absorb turmeric and increases turmeric's health benefits. I added a small amount of coconut oil, which has those good fats that our body actually needs.  Don't worry, the turmeric milk will stay clear and not oily. You may not even notice these two ingredients in your milk. I use cinnamon to boost the flavor and make it sweeter.  The cinnamon has its own health benefits such as regulating our blood sugar. 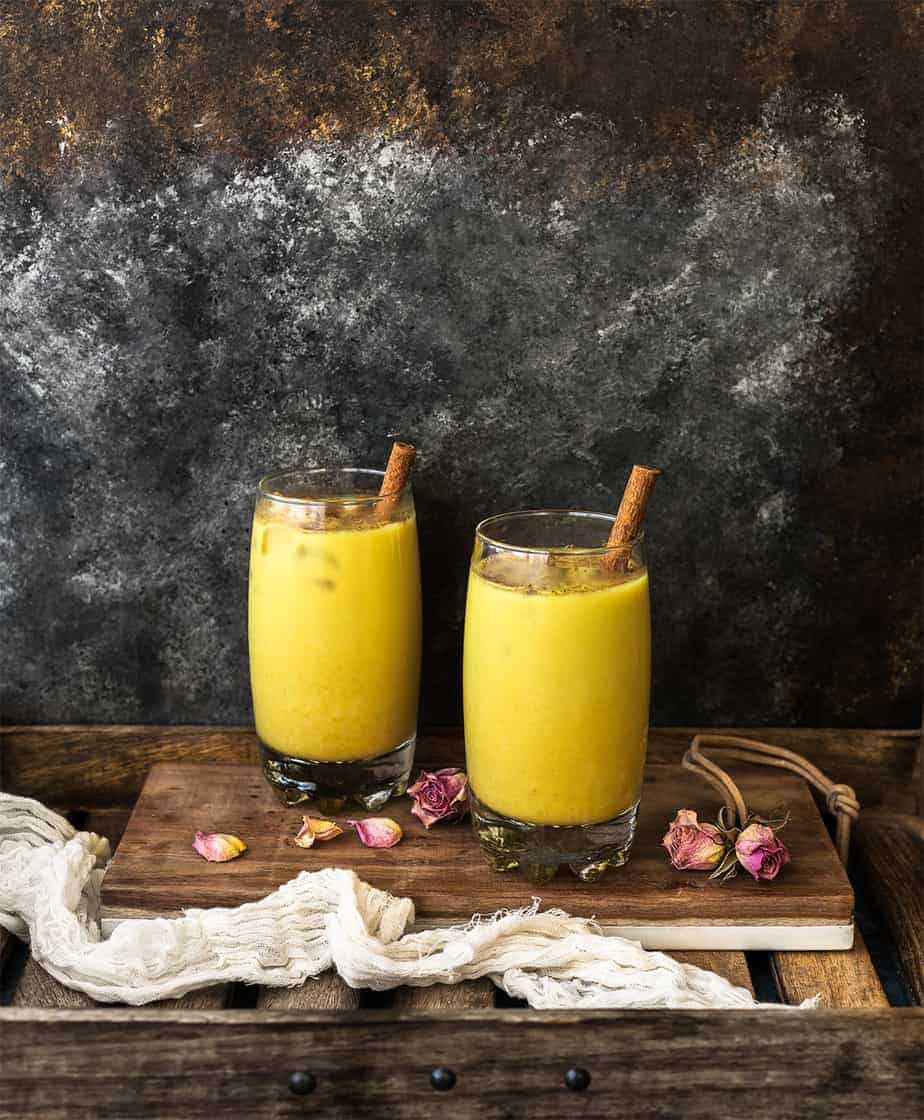 *Just a quick tip: As turmeric is also used as a coloring agent, be sure to keep your favorite clothes away from any turmeric residue. Hope you'll enjoy this  Golden Milk recipe with Turmeric and Almond milk. 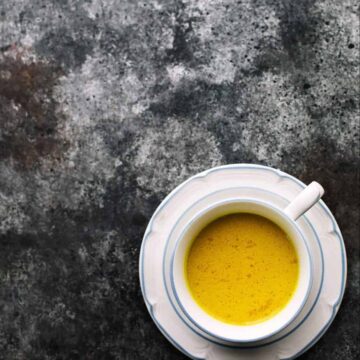 Calories: 45kcal
Tried this recipe?Let us know how it was!