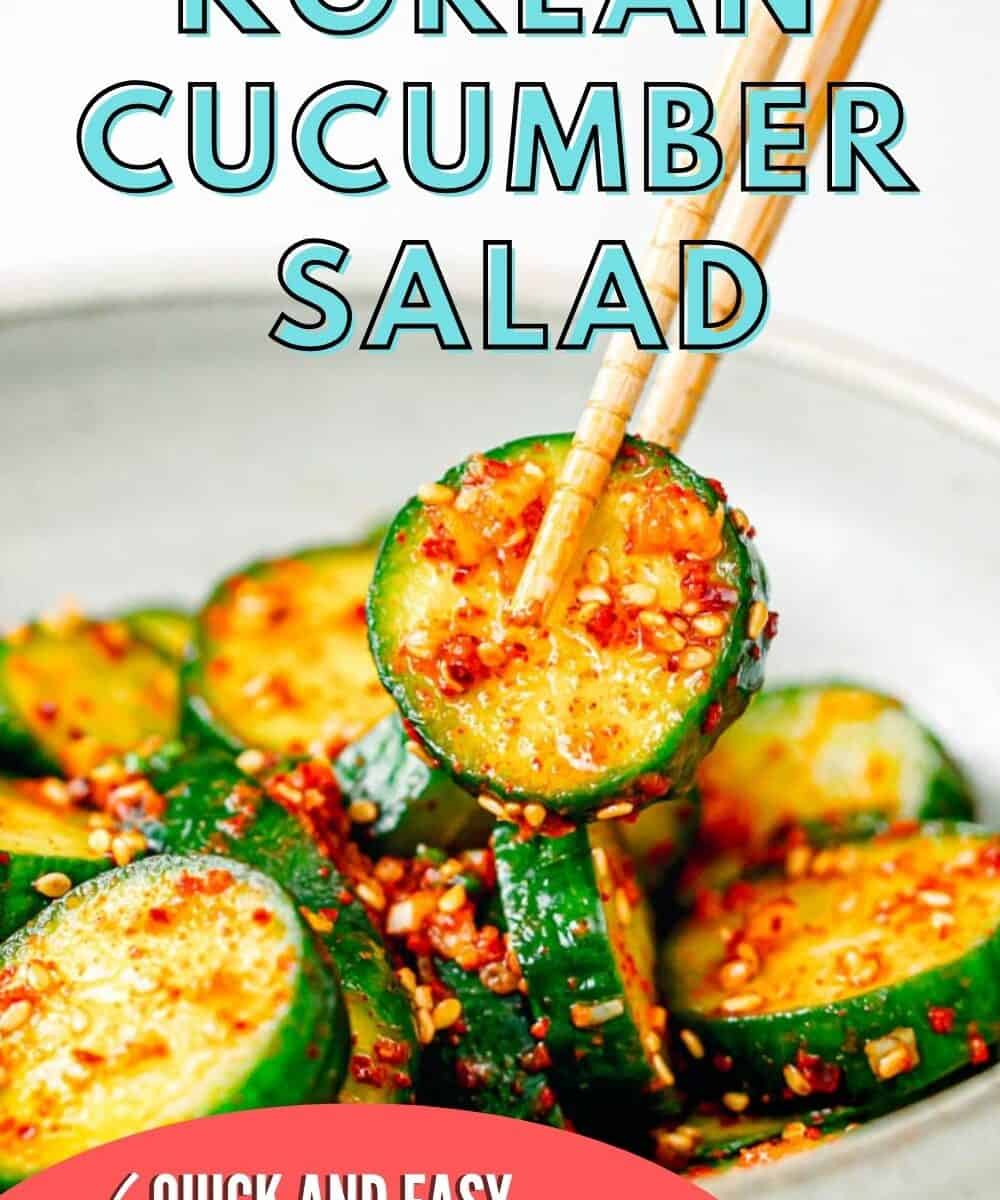 This Korean cucumber salad (Oi Muchim) is one of the easiest banchan recipes to make. The pickled cucumber has the perfect crunchy texture and is loaded with umami flavors. The sweet, tangy, and spicy flavors make It so addictive.

Korean cucumber salad is one of the most popular Korean side dishes (banchan) served ahead of the main course.

The bright and refreshing taste goes well with BBQ meat, seafood, or rice dishes. You can also pair the Korean pickled cucumber with Kalbi, Pork tenderloin stir fry, and many more Asian entrees.

Unlike Kimchi, this Korean cucumber salad doesn't require a fermentation process. You just need to mix the cucumber with the sauce ingredients and it can be served immediately.

To make this Korean cucumber side dish, you'll need:

If you can't find Gochugaru in your area, you can substitute it with other red pepper flakes (such as chipotle powder).

You can use medium-to-small-sized cucumbers, such as Kirby, Persian cucumber (aka Cocktail cucumber), or even long ones like English cucumbers.

In this recipe, I used my favorite, which is Persian cucumbers. If your cucumber has a lot of seeds, you can remove the seeds beforehand to make the salad less watery.

Salting Cucumbers - The Secret to Keep Cucumbers from Getting Too Watery

The most important step in making your cucumber salad extra crunchy is that you have to salt the cucumbers to draw out as much liquid as possible.

This salting process is not complicated and can be done in minutes while you're preparing the other ingredients.

How to Make Korean Cucumber Salad

How Long Do Korean Cucumbers Last in the Fridge?

You can keep the leftover cucumber salad in an airtight container.

Properly stored, it can last up to 3 days in the refrigerator. Any longer than that the cucumber will start losing its crispiness and freshness. 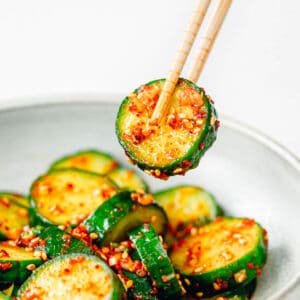 Cucumber. Use seedless, thin-skinned, and medium-to-small-sized cucumbers, such as Kirby, Persian cucumber (aka Cocktail cucumber), or even the long ones like English cucumbers will work as well.  If your cucumber has a lot of seeds, you can remove the seeds beforehand to make the salad less watery.  Korean Red Pepper Powder (aka Gochugaru). You can purchase at any Asian grocer, Amazon, Vons, or Ralphs.  Rinsing after salting. This is an important step to get rid of any excess salt so the salad won't be too salty. Taste the cucumber and rinse it a bit longer if it's too salty to your liking.  Drying after salting and rinsing. You can put the rinsed cucumber in a colander and let it sit for 15 minutes or so then pat dry with clean paper towels if necessary. Don't squeeze the cucumbers as they are delicate! Storing. Keep the leftover Korean cucumber salad in an airtight container. Properly stored, it can last up to 3 days in the refrigerator. Any longer than that the cucumber will start losing its crispiness and freshness.