One of my favorite healthy snack recipes! Oven Roasted Shishito Peppers recipe with lemon, ginger, salt and black pepper. This popular Japanese appetizer is so easy to make at home. Roast the shishito peppers for about 6 minutes or until the peppers become fragrant and begin to blister. Ready to eat in less than 10 minutes. 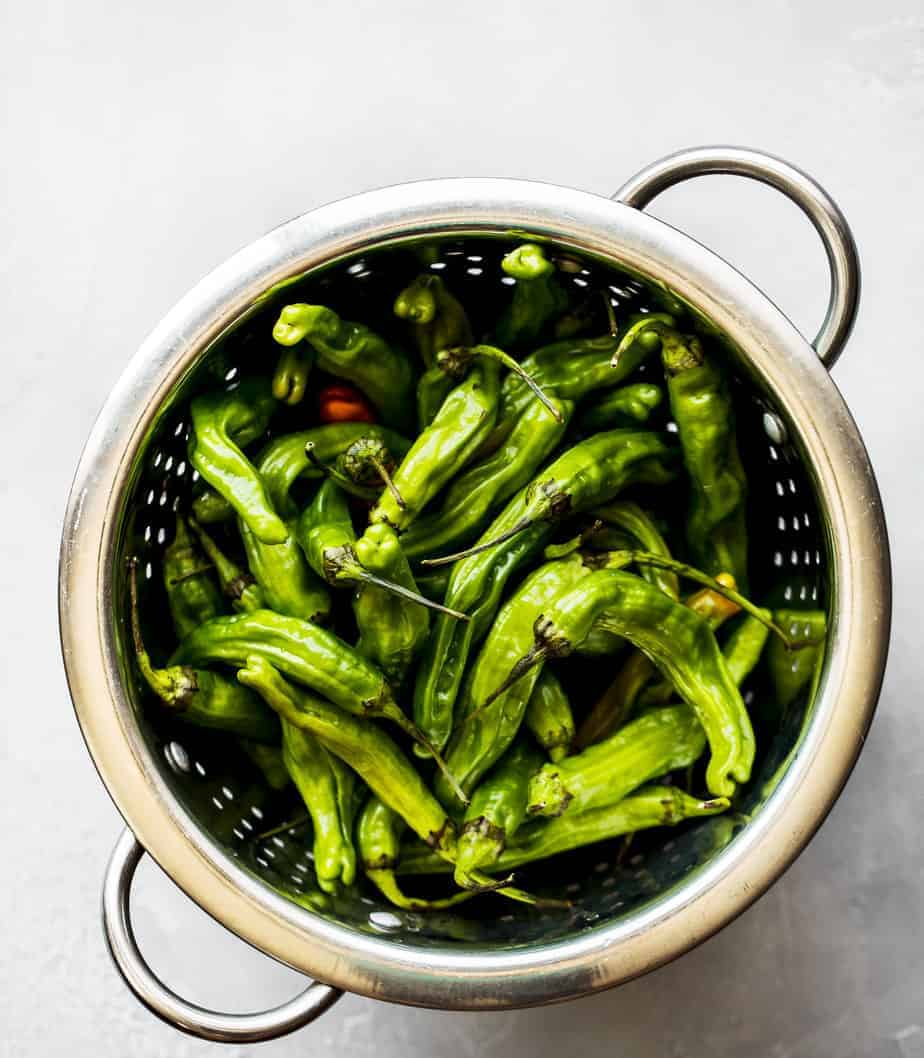 What is Shishito Pepper:

It's a Japanese sweet pepper that produces handfuls of finger-long fruits. This pepper is small and very mild in flavor.

How Hot is a Shishito Pepper?

Based on Wikipedia, only one out of every ten peppers is spicy. Shishito peppers are perfect whether broiled, grilled, pan-fried and can even be eaten raw in a salad. 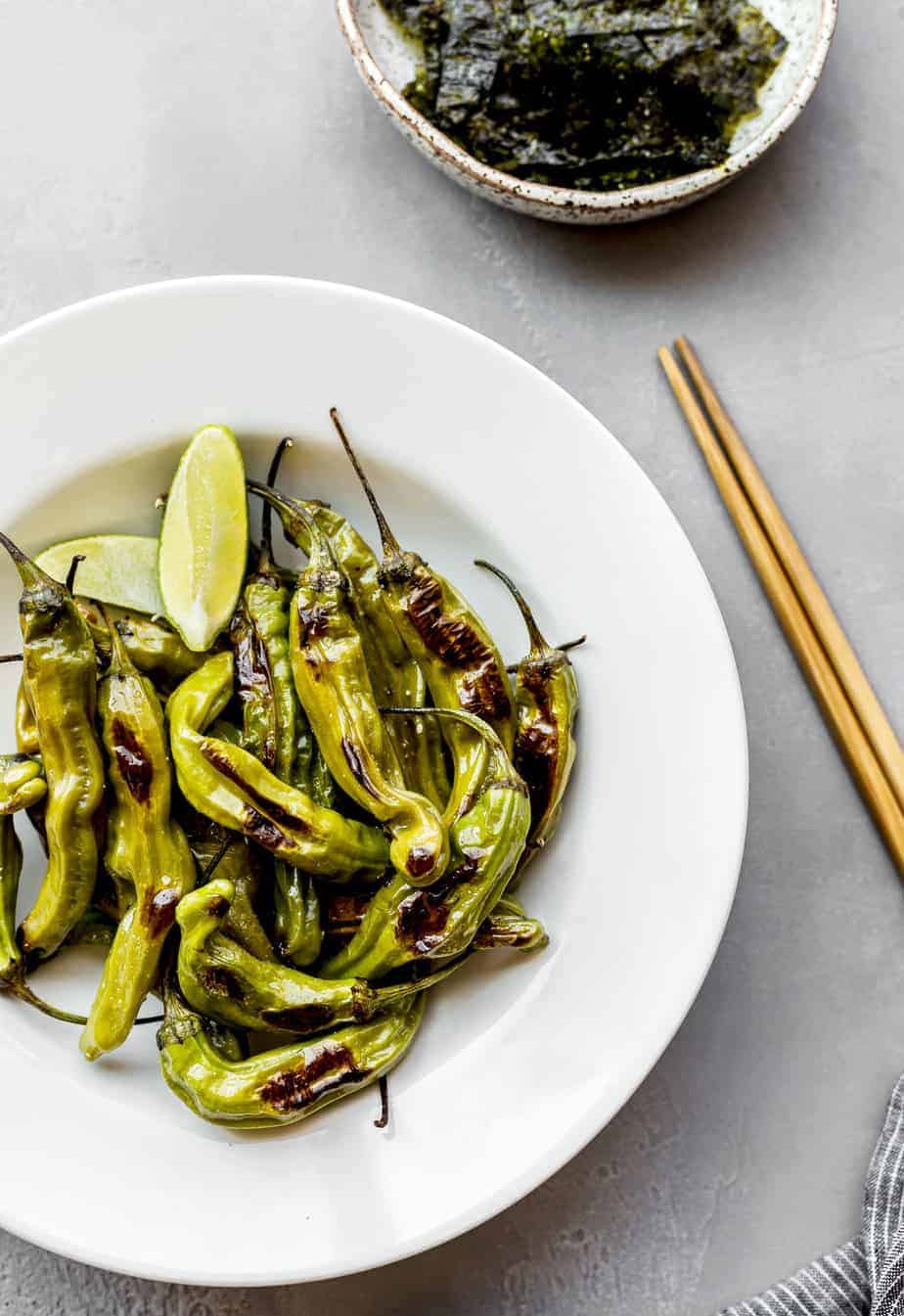 Where to Buy Shishito Peppers:

I found fresh shishito peppers at my local Trader's Joe, Ralphs, Sprouts here in San Diego. Each 6 oz bag is around $1.99 which is quite inexpensive. You can find these peppers at most Asian grocery market or purchase them cooked as an appetizer at many Japanese restaurants.

How to Grow Shishito Peppers:

Growing Shishito peppers requires full sun and these plants are perfect for growing in containers.  They are a summer crop so the hotter months are best.  When buying these at a restaurant they can be especially expensive, so if you’re inclined to grow your own I’d say go for it!

This Oven Roasted Shishito Peppers recipe is also a kid friendly snack due to its sweet and mild taste.  My kids have been around quite a lot of Asian food and based on prior experiences with peppers were very hesitant to try it, but after a small bite, they realized that these peppers had a very mild taste.  Even my four-year-old daughter was really enjoying them!

Also be sure to check out: BLISTERED SHISHITO PEPPERS WITH CHIPOTLE SEASONING 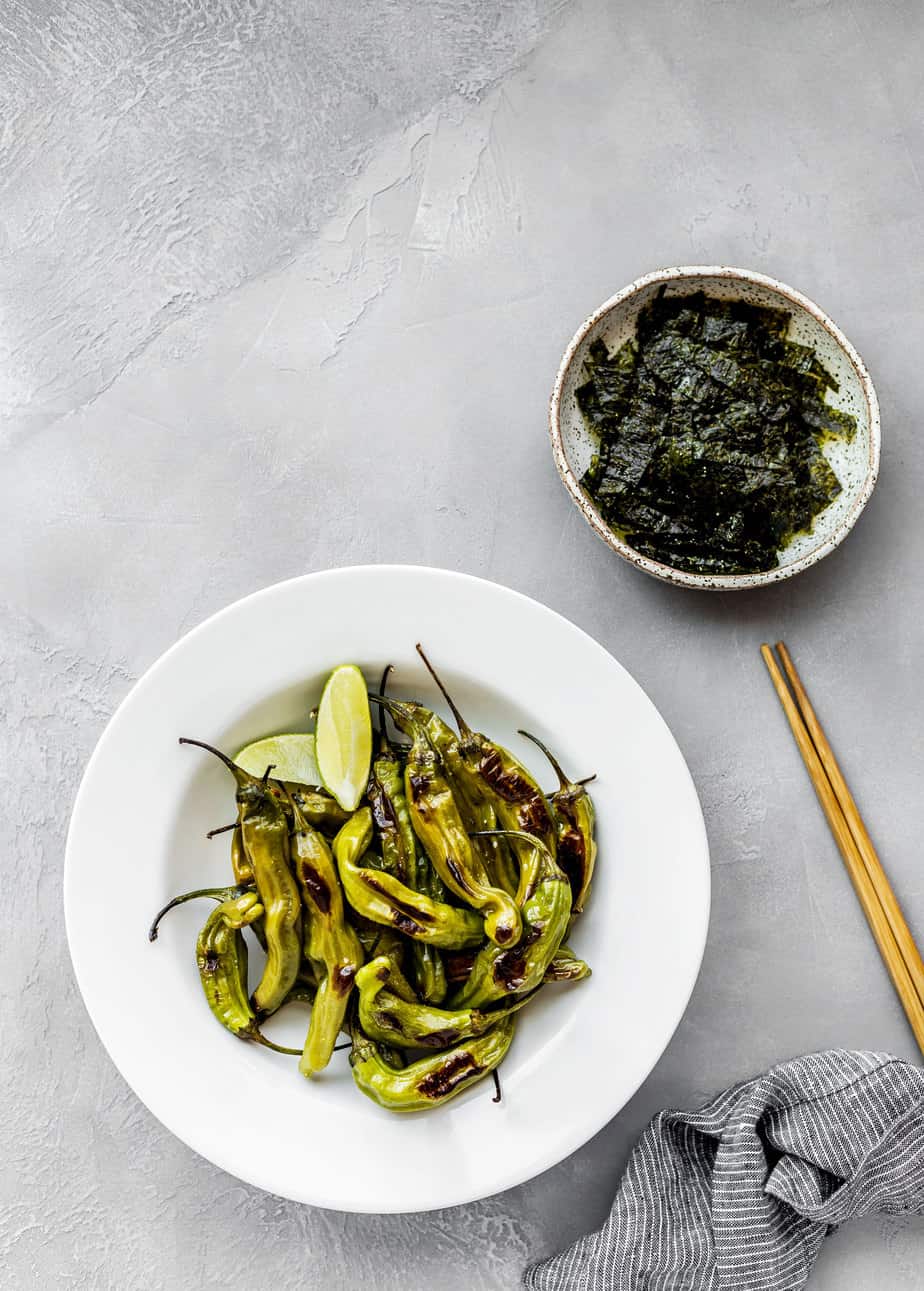 How to Oven Roasted Shishito Peppers: 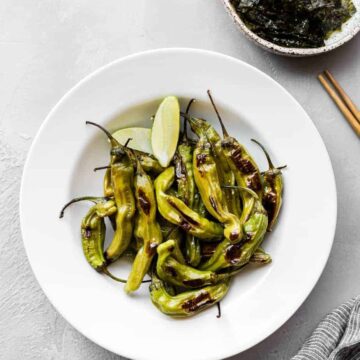