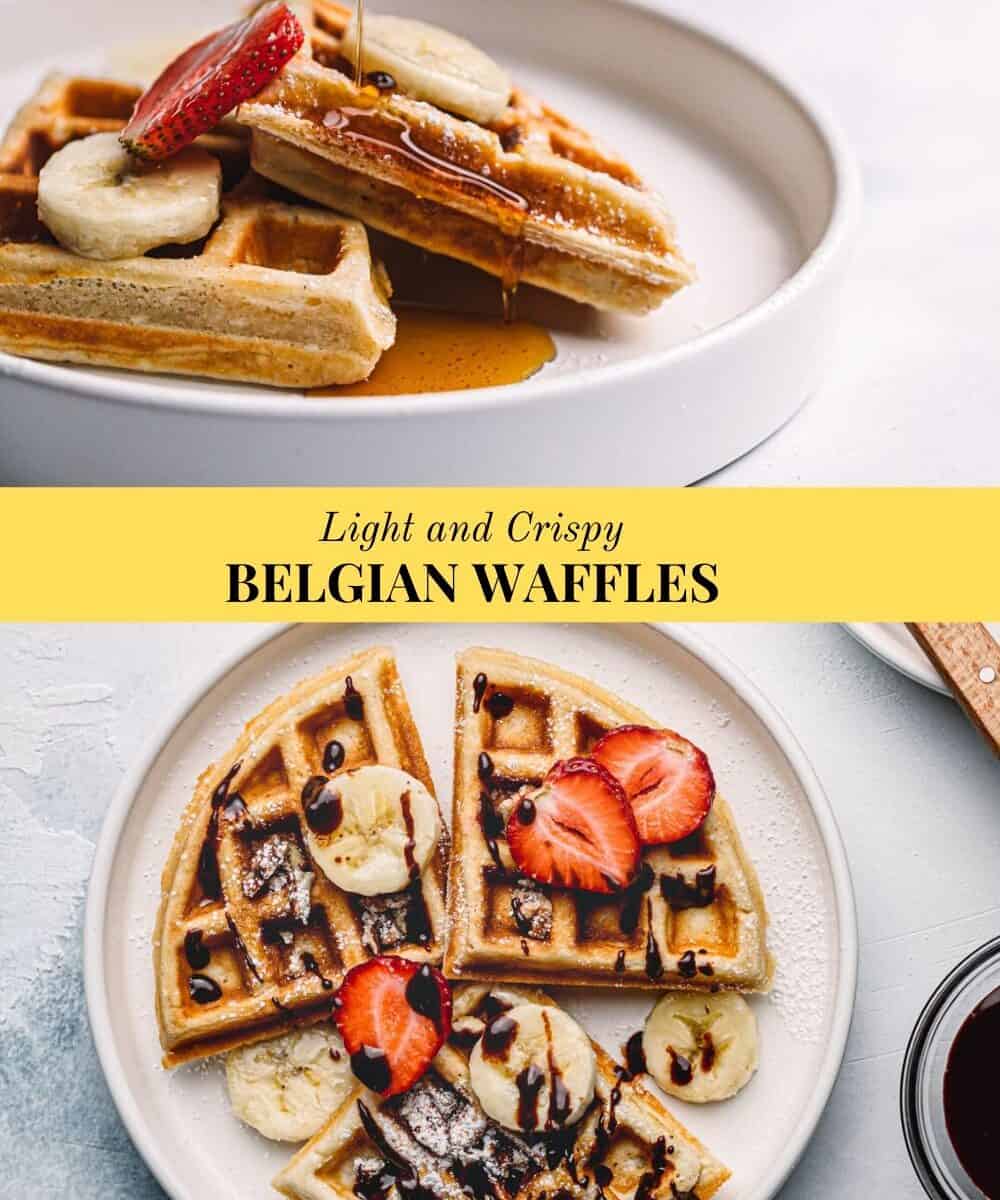 Learn how to make the best Belgian Waffles from scratch at home. These waffles are cooked perfectly in just a few minutes. They are so crisp and golden on the outside while light and fluffy on the interior! They are just so scrumptious!

Craving for some waffles? Skip the breakfast line and make these restaurant-style Belgian Waffles.  This is the only waffle recipe you'll ever need... no boxed waffle mix is necessary!

These classic Belgian waffles are made with basic pantry ingredients and simple techniques. They are easy and quick to make. The only special equipment you'll need is the Belgian waffle maker!

For those who are not familiar with Belgian Waffle, here are some facts about them:

Belgian Waffles are actually similar to the classic American waffles. They are also often eaten as a breakfast food with added toppings, such as fresh fruits, confectioner sugar, butter, or syrup. They can be served along with ice cream as a treat or beautiful dessert.

Baking powder, not to be mistaken with baking soda is the main ingredient that helps the waffles to rise and become more fluffy and tender. For that reason, please do not use expired baking powder. Also, do not replace it with baking soda because you run the risk of your waffles being bitter.

Opened baking powder will generally stay at the best quality for about 6 months. If you are not sure how fresh your baking powder is, just do this quick test! Simply stir about half a teaspoon of baking powder into a cup of hot water. If it fizzes, then it still should be fresh enough to use.  Dates identified on packages are of course the best check.

Cinnamon is an optional ingredient in this recipe. I only added a small amount of it as not to leave a strong cinnamon taste on the waffles. Feel free to skip it if you are not a big fan. Other fragrant spices such as Nutmeg may also be used to enhance the flavor.

How to Make the Perfect Belgian Waffles:

How to Make and Store a Belgian Waffles in Advance:

Love these Belgian Waffles and want to make an entire Belgian Waffle Batch that you can then store for busy mornings? Well, I do not recommend making the batter in advance because it will lose its airiness unless you use yeast powder as one of the ingredients.

However, you can speed up the preparation process by mixing the dry ingredients, except the baking powder in advance (such as the night before), then right before cooking you can mix the wet ingredients and beat the egg whites.

An easy way to cook a full batch of waffles is to prepare them in advance then store the cooked waffles in the fridge. Simply wrap them in a plastic wrap or airtight container. They will last up to 3 days in the fridge.

To freeze, simply place them on the baking sheet and place in the freezer for 2 hours, or until solid. Once they are completely frozen, transfer them to an individual or a large freezer bag.

How to Reheat the Waffles:

I hope you'll enjoy this recipe!

Rika
Learn how to make the best Belgian Waffles from scratch at home. These waffles are cooked perfectly in just a few minutes. They are so crisp and golden on the outside while light and fluffy on the interior! They are just so scrumptious!
Print Recipe Pin Recipe
Prep Time 15 mins
Cook Time 20 mins
Course Breakfast
Cuisine Belgian
Servings 6
Calories 390 kcal