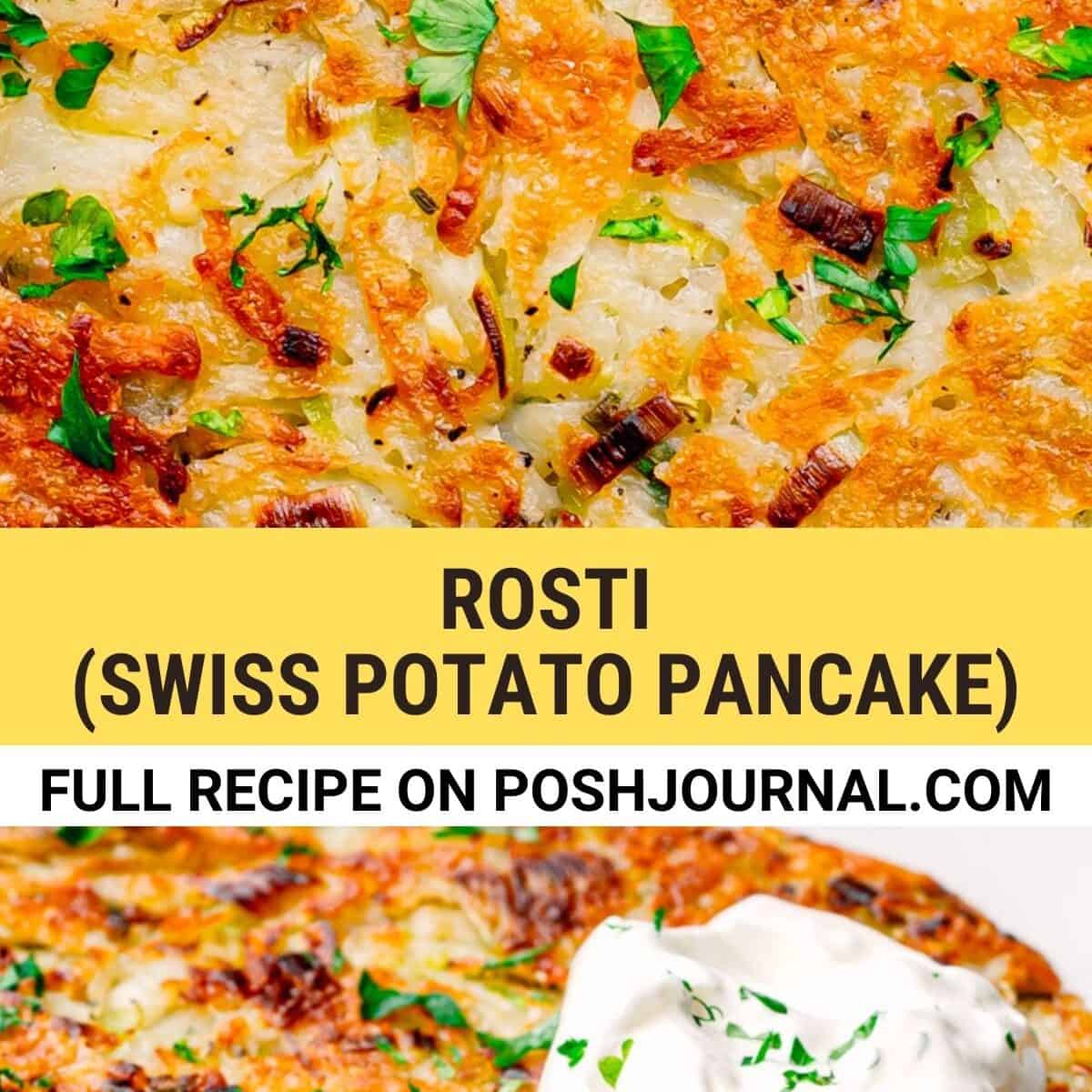 This crispy leek potato rosti (aka Switzerland potato pancake) is made from scratch and very easy to cook. It's golden brown on the outside and tender on the inside. This giant pancake is so versatile, you can serve it as a side dish, main dish, or appetizer.

Rösti is a national Swiss dish that is usually made with coarsely grated potato. The pancakes are usually pan-fried and shaped into round patties while cooking.

My version of rosti is loaded with egg, leek, chives, and the optional cheese. It may more ingredients than traditional versions of the recipe, but with all of those yummy ingredients it's a stellar way to kick-start your day.

This pan-fried leek potato pancake is one of my favorite sides to serve for breakfast. It's tasty, filling, and aromatic, what more could you want in a breakfast?

If you don't have time to cook breakfast in the mornings I can definitely relate! Good news is that you can make these leek potato pancakes ahead of time.

Cooked pancakes keep well in the fridge for up to 2 days, or up to 2 weeks in the freezer. You can reheat them in the oven at 350°F until they are crisp again.

Potato pancakes are one of those things that's done differently across a number of cultures.

I've enjoyed all of the ones that I've tried, for their differences and similarities of taste and easiness to prepare. It's also a dish that everyone in my household enjoys, I always need to cook about twice as many as I had originally planned!

How to Make the Swiss version of the Classic Potato Pancakes:

Potatoes are starchy vegetables and when exposed to oxygen the starches will start to discolor. However, it won't affect the flavor or texture of the potatoes so not to worry.

Step 2. Combine all of the ingredients

How to Store Leftover Potato Rosti

How to Reheat Potato Pancake

Place the potato pancake on a prepared baking sheet. Cook in the oven at 350°F for about 8 minutes or until they are warm and crisp again.

What to Serve with Rösti

Serve it with sour cream or smoked salmon. 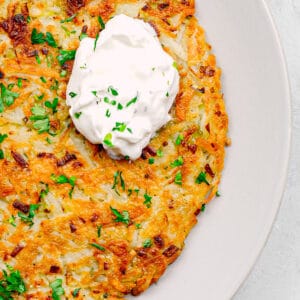 Rika
This crispy leek potato rosti (aka Switzerland potato pancake) is made from scratch and very easy to cook. It's golden brown on the outside and tender on the inside. This giant pancake is so versatile, you can serve it as a side dish or appetizer.
Print Recipe Pin Recipe
Prep Time 15 mins
Cook Time 20 mins
Course Main Dish, Side Dish
Cuisine Swiss
Servings 6
Calories 310 kcal

The thickness of the pancake determines how long it takes to be fully cooked.