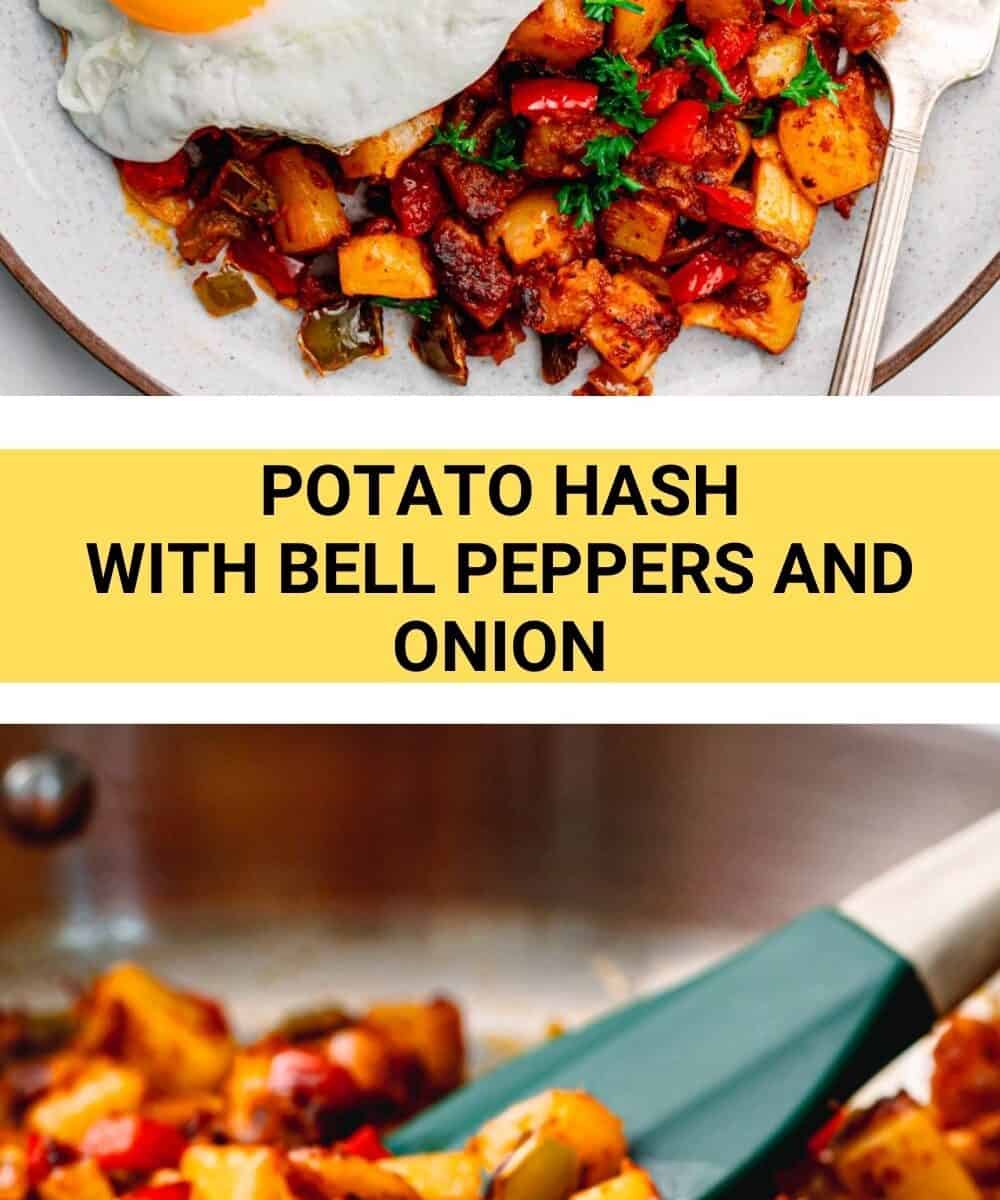 Are you looking for a good recipe to add to your breakfast collection? Try this skillet potato hash recipe. This potato hash recipe is a simple side dish that you can serve with protein of your choice, such as an egg, sausage, steak and is great for breakfast or dinner. It's so easy to make and is quite tasty too.

Potato hash is one of my favorite sides to order at any breakfast restaurant. Today I am going to show you how to make skillet potato hash from scratch. The potato is crisp-tender and perfectly seasoned with Southwest blend spice.

Potatoes are thick, starchy, and dense. They take some time to cook, especially when it's done using a skillet. In this recipe, I am going to show you how to cut the cooking time by pre-cooking the potatoes before frying them in a skillet. This extra step will really speed up the cooking process.

The Quickest and Best Way to Prepare Potatoes Before Frying Them

In my opinion, the best potato hash should have a crispy texture. For that reason, I prefer pre-cooking the potatoes in a microwave rather than boiling them in hot water.

Microwaving the potatoes before frying takes less time than boiling them. In addition, microwaving doesn't require any water which can cause the potatoes to turn soggy.

The Ingredients and Variations

If you are short on time, feel free to use frozen hash brown or shredded potatoes.

Green bell pepper: It's one of my favorite vegetables for any stir fry recipe.

The best substitutes for green bell pepper are zucchini or poblano pepper.

Butter: You can use unsalted butter, vegetable oil, duck fat, or a combination of butter and oil.

How to Make Breakfast Potato Hash from Scratch

Step 1. Prepare and Pre-Cook the Potatoes

Step 2. Cook the Vegetables and Potatoes

Do I need to soak the potatoes?

No, you don't need to soak the potatoes beforehand.

How spicy is this potato hash?

This potato hash recipe called for ground chili powder to add pungency and flavor to dishes. It's a kid-friendly dish that has a very mild taste (not spicy). You can make the potato hash spicier by adding some ground cayenne pepper or red pepper chili flakes into the dish.

I don't use the microwave. How do I precook potatoes before frying?

You can boil, steam, bake the potatoes before frying or cook them straight in the skillet until crisp-tender.

How long can I keep the leftover potato hash in the refrigerator?

You can store the leftover in an airtight container. Properly stored, the leftover will last 3-5 days in the fridge or up to 9 months in the freezer.

Rika
This potato hash recipe is a simple side dish that you can serve with protein of your choice, such as an egg, steak, or both, and is great for breakfast or dinner. It's so easy to make and is quite tasty too.
Print Recipe Pin Recipe
Prep Time 15 mins
Cook Time 12 mins
Course Breakfast
Cuisine American
Servings 4
Calories 347 kcal